We are accepting a limited number of new clients who share our passion.
For consideration, please connect with us.

Strategic Board of Advisors

As the financial services industry continues to evolve, the 994 Group remains committed to serving our clients with a fiduciary standard, transparency, and the immeasurable value of a joyful life. Experience is the greatest teacher, so while we can't buy time, we can access the depth of experience and wisdom of others whom we respect and admire. In this spirit, we have established a Strategic Advisory Board to guide and expand our thinking. Each advisory board member is accomplished and recognized across a diverse set of careers. Our favorite question to this group is “What are we missing?” 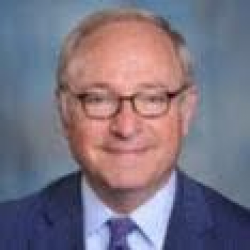 Vice Admiral Wisecup served for 36 years in the US Navy. He was the Navy’s 38th
Naval Inspector General (or what we would call the Chief Compliance and Ethics Officer in the Investment Industry). Other notable assignments include: the Director, White House Situation Room; Commander, US Naval Forces Korea; Commander, Carrier Strike Group Seven (the USS Ronald Reagan (CVN-76)), and the 52nd president of the U.S. Naval War College in Newport, RI.

At sea, Wisecup served as executive officer of the guided-missile cruiser USS Valley Forge (CG-50) during Operation Desert Storm. As commanding officer of the guided-missile destroyer USS Callaghan (DDG-994 and the inspiration for our firm’s name 994 Group!), he was awarded the Vice Admiral James Bond Stockdale Award for Inspirational Leadership in 1996. He served as Commander, Destroyer Squadron 21 during Operation Enduring Freedom after the terrorist attacks of 11 September 2001.

Upon retirement from the Navy, he was the director of the Chief of Naval Operations Strategic Studies Group in Newport, Rhode Island, and served as Vice Chancellor for Strategic Planning and Engagement, North Dakota University System.

Admiral Wisecup is a dedicated husband, father, grandfather, and friend. So far, his most sage advice has covered the topic of children in the bathtub—can’t get ‘em in, can’t get ‘em out! 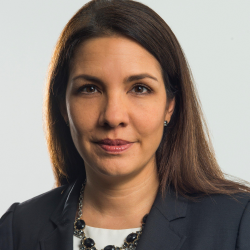 Victoria Husband has been a senior member of the Amherst legal and compliance team since 2017. As CCO, Husband leads the Compliance program across all of the firm’s residential real estate business lines and entities, including its licensed real estate brokerages, property manager and mortgage lender, with a focus on consumer protections and risk mitigation though compliance with regulatory and contractual obligations. As Senior Counsel, she manages many general corporate and commercial matters for the firm, including contracts, information security, intellectual property, and human resources.

Prior to Amherst, Husband was the Deputy General Counsel and the Deputy Compliance Officer for CEB (now Gartner), a publicly traded, multinational company with a global clientele. She led tactical and strategic legal matters for a nearly $1 Billion dollar revenue segment, including commercial contracting, data privacy and intellectual property, and further advised other business lines within the firm. While at CEB, she led corporate compliance including development and roll-out of the compliance training program, as well as revamped sanctions screening and third-party due diligence programs. Husband has further long-term experience with corporate counsel work advising on mergers and acquisitions, corporate governance and securitization of financial products.

Husband holds a Juris Doctor from Harvard Law School and a Bachelor of Arts in Political Science and Secondary Education from the University of Texas El Paso.

Victoria has a heart the size of Texas, and she shares it freely as a wife, mom, leader, and friend. As a professional leader, she is an example and mentor to countless others. She is also a fearless adventurer who can find fun in a paper bag… or pandemic. 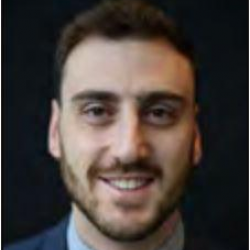 With the Hawks since 2018, Dwight Lutz is the team’s Director of Basketball Strategy & Analytics. He is responsible for statistics and modeling for player evaluation, roster construction, preparation and analysis of opponents, in-game strategy and decision making, and trade negotiations. Lutz came to the Hawks prior to the 2018 NBA Draft from the Minnesota Timberwolves, where he served as a Basketball Operations Analyst incorporating similar responsibilities to the Hawks with a focus on player evaluation. Lutz was previously with the NBA for four years as Senior Manager, Game Analytics, and Strategy of macro-level league priorities including referee accountability, draft integrity, and market analysis. Prior to his time with the NBA, Lutz served as a Statistical Analyst for Harris Connect, LLC.

Lutz spent time as a Teaching Assistant and Instructor, as well as a Statistical Consultant, at the University of Florida, where he received his Master’s in Statistics. He also holds a Bachelor’s in Mathematics from Trinity University (TX), where he played four years on the men’s basketball team.

Dwight is a dedicated friend and leader who after a Division III basketball career achieved his life-long dream of making it to the NBA… in statistics. His intellectual curiosity, work ethic, and passion have bred success in all aspects of his life. He also has the rare ability to articulate difficult mathematical concepts in an easy to understand language. He’s also single FYI!

It is now our shared mission to transform the lives of the clients whom we are honored to serve.

We are accepting a limited number of new clients who share our passion.
For consideration, please connect with us.